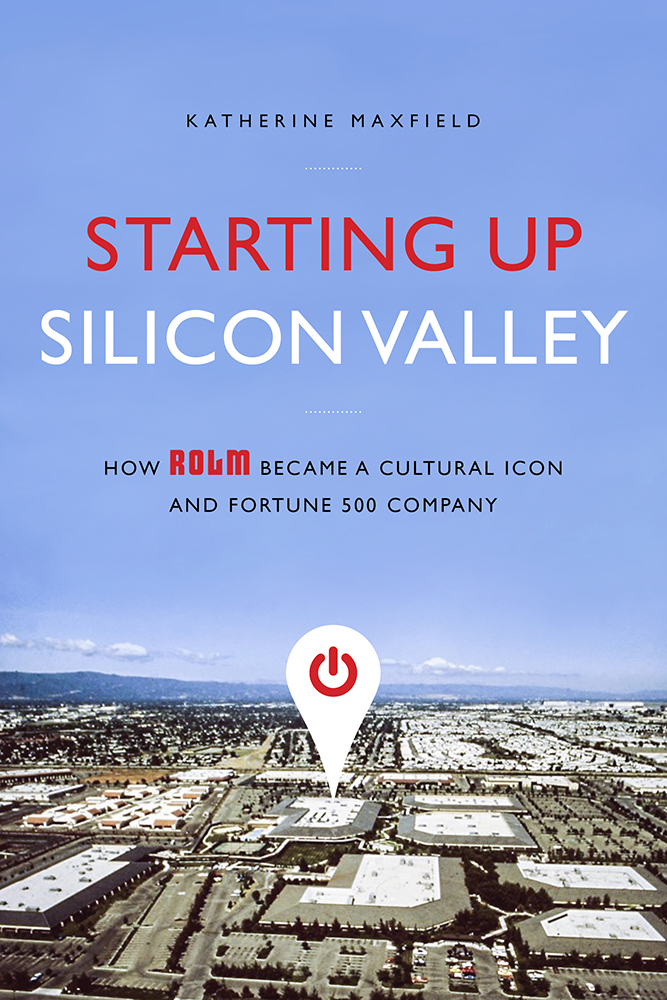 From Fruit Shed to Fortune 500:
The inside story of ROLM and its
continuing influence on Silicon Valley

Decades before Facebook, even years before Apple, four young men were designing “the world’s toughest computer” in a prune-drying shed in the orchards of Santa Clara County, California.  From those designs, ROLM Corporation was born, and the landscape of Silicon Valley began to emerge.

By 1984—merely fifteen years later—ROLM was a Fortune 500 company with worldwide offices and a park-like campus. That year, IBM bought the company in the biggest deal Silicon Valley had ever seen. By then, Silicon Valley was the world’s center of innovation, with a culture very different from the rest of corporate America. ROLM set the benchmark for that culture by providing significant financial rewards for smart, successful work and an environment where employees could unwind—swimming laps, playing tennis, or dining brookside. ROLM’s influence extends today, in campuses like those of Google and Cisco, where onsite masseuses and sushi chefs are commonplace. Starting Up Silicon Valley reveals

The San Jose Mercury News said, “ROLM, in its prime, was called A Great Place to Work and epitomized how successful an agile, well-managed startup could be in a world dominated by giants…From the mid-70s until IBM bought it, ROLM was a leading cultural icon of Silicon Valley, a company that was admired and imitated.” James Mitchell, “Rolm Name Fades from Landscape,” San Jose Mercury News, September 29, 1996

A Kirkus Best Book of 2014! “An engaging story…a corporate history unusual in its candor…intense emotions and exuberant personalities…Few authors have Maxfield’s knack for describing both the forest and the trees….enough drama for a movie.” —Kirkus Review www.kirkusreviews.com

“There are two great ways to learn about what goes on inside a start-up—work for one or read Starting Up Silicon Valley. It provides an insider’s view of what made ROLM, one of Silicon Valley’s most important companies, succeed. While immersed in its pages, you experience the agonies, successes, challenges, doubts, and the convictions of inspired leadership that turn big ideas into results that transform industries. Everyone thinking about going to work for a start-up, investing in one, or thinking about starting a great company should read this book.”
—Bill Davidow, technology columnist for The Atlantic, former Intel executive, and Venture Capitalist

“ROLM was one of the first great Silicon Valley ventures that reflected the unique culture of entrepreneurialism, innovation, and company building. This book tells ROLM’s story in a straight-forward way and reveals the unique culture, style, and creativity that were essential to the company’s success and that set an example for other ventures to follow.”
—Larry Sonsini, Chairman, Wilson Sonsini Goodrich & Rosati

“I really enjoyed Starting Up Silicon Valley. It is a wonderful story of entrepreneurship and innovation, providing an amazing window into the personalities, institutions, and networks that built Silicon Valley. Maxfield makes the ROLM story very educational and highly entertaining at the same time.”
—Michael Spence, Former Dean of the Stanford Business School and Nobel Prize in Economics, 2001

“ROLM Corporation plays a large and important part in the history of Silicon Valley. This book is a must read in understanding the technology and start-up phenomenon. ROLM was one of the important players that made it all possible and is extremely well chronicled by Katherine Maxfield.”
—Arthur Rock, early investor in Intel, Apple, and other technology companies

“I remember visiting ROLM in the early 1980s and being blown away by the gorgeous campus and the quality of people who worked there. This fine book provides the inside view of how all that came about, with humor and insight. And it’s a rare, fascinating read on the ins and outs of a merger with IBM.”
—Carol Bartz, former CEO of Yahoo and Autodesk

“Starting Up Silicon Valley is a must read! It’s chock full of really interesting facts and details that explain how decisions were made and implemented at ROLM Corporation during its meteoric growth. You’ll also gain an understanding of the tremendous influence ROLM had on the development of the Silicon Valley we know today. The book is well written and is a joy to read.”
—Mike Markkula

“This is a fascinating story of ROLM, started by four Rice University graduates in Silicon Valley in the early 1960s. They ended up creating one of the all-time great places to work that defined a style that remains a hallmark of Silicon Valley today. This is a well-told story packed with personal insights on the dreams, fears, and sacrifices of a group of pioneers. It’s a great history of corporate strategy.”
—Bill Glick, Dean of Jones Graduate School of Business, Rice University

“This compelling story recounts how ROLM, under the strong and inspiring leadership of Ken Oshman, became one of the most important companies in Silicon Valley while driving the transformation of two industries. It spells out the philosophy and attributes that made ROLM a great place to work in the midst of one of the world’s most frenzied hiring environments—Silicon Valley in the mid-1980s.”
—Tony Ridder, retired Chairman and CEO of Knight Ridder

“Only after reading this book did I understand how exciting it must have been to face the challenges presented to my father and everyone else who worked at ROLM. For young people who hope to start companies of their own, this book provides a tangible example of how they can make those companies stimulating and rewarding great places to work.”
—David Oshman, son of ROLM CEO Ken Oshman